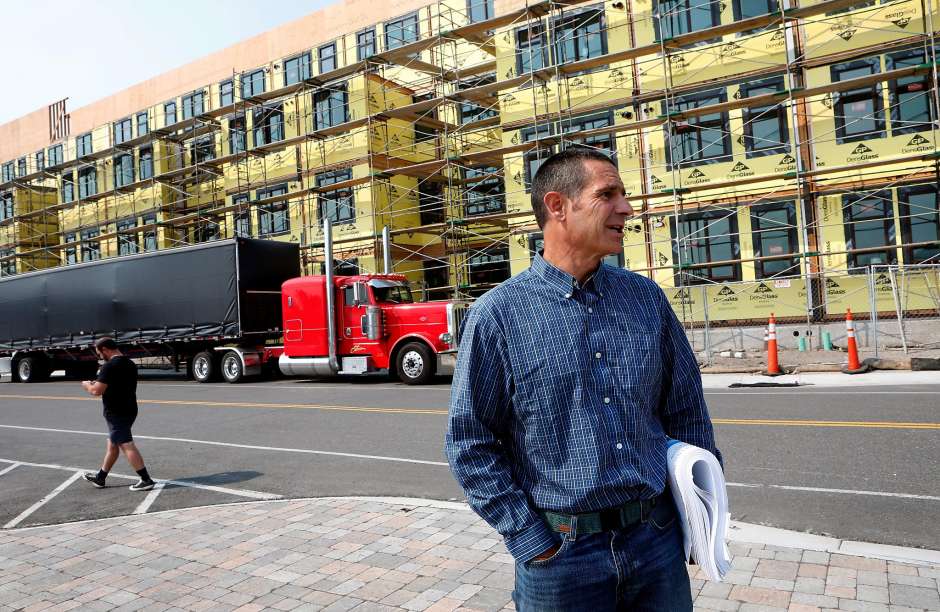 Before the pandemic, many essential workers were already struggling to afford Tahoe, motoring long distances — often through heavy snow — to keep the tourism powerhouse humming.

Now, the region’s housing crisis has only gotten worse, with Bay Area transplants driving up home prices and rents amid the coronavirus pandemic. But in downtown Truckee one developer hopes that an urban-style neighborhood built in an old railyard can help house workers scrambling for shelter.

After 15 years of planning, the Truckee Railyard project, which will eventually include as many as 600 homes — a mix of affordable and market rate units — is under construction on a 38-acre property just east of downtown. The first piece of the development is 77 affordable units targeting low-income artists. The units will target a range of incomes, with the cheapest studio going for about $400 a month and the largest three-bedroom for about $1,500.

In addition to the $28 million loft complex, the developer has invested $30 million in new infrastructure.

The project, expected to open in April, is being built with modular units from Factory OS on Mare Island in Vallejo and trucked over the Donner Pass.

The hope is that the Railyard project will relieve some of the pressure on the Tahoe housing market and reduce traffic, while making downtown Truckee more vibrant, according to master developer Rick Holliday.

The Railyard plan also calls for a theater, office space and 50,000 square feet of retail, including New Moon Natural Foods, which will relocate from a few miles away.

Most of the housing developed over the past 20 years in and around Truckee has been for vacation or retirement homes. Those projects have gobbled up much of the available open space and prompted town officials to look to downtown Truckee where vast railyards and a lumberyard presented an opportunity to build a new sort of housing — denser multifamily condos and apartments serving full-time residents.

“We have reached the boundaries of suburbia and now everything is closing in,” he said. “It’s a mind-set change. If I can’t have my three-bedroom house, where can I live?”

Next to the railyards is a lumberyard where fourth-generation owner Andrew Cross is repurposing a pair of 1940s-era sheds for retail, office space and possible housing in a subsequent phase. Cross has built a new lumberyard out by the airport.

“Moving a 100-year-old business is a monumental feat, but it feels like the right thing to do,” said Cross, president of Truckee-Tahoe Lumber Co. “Downtown should be for housing, restaurants, apartments, office buildings, coffee shops.”

Siobhan Smart, who owns the historic Wagon Train Cafe in downtown Truckee, originally filed a lawsuit to block the Railyard project. But after some compromises on traffic and drainage issues, she made peace with the development and now is a supporter of the project and Holliday.